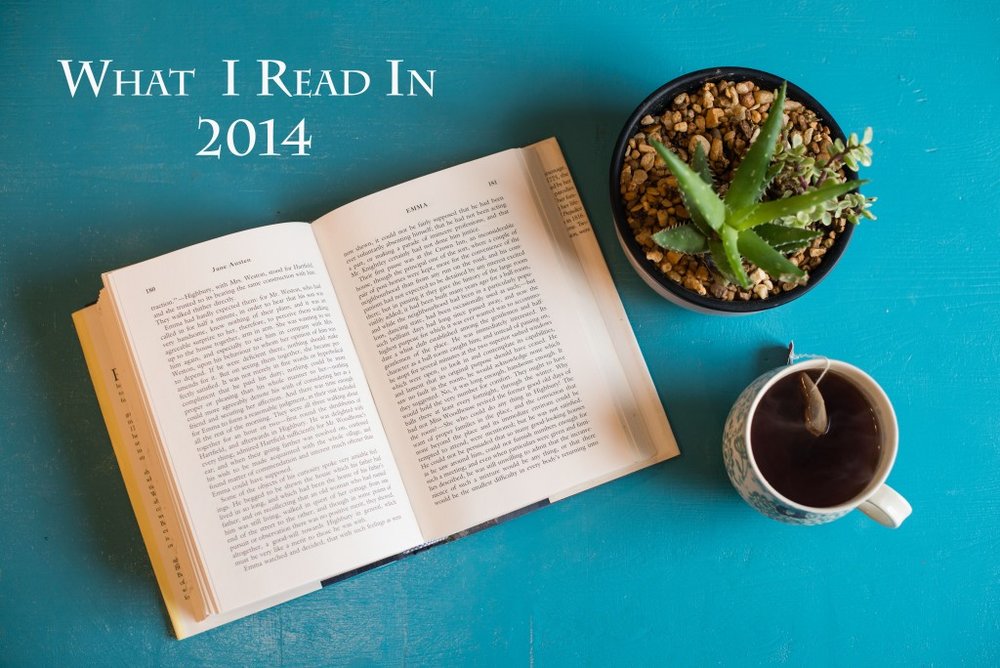 This was a good year for reading. I read some truly wonderful fiction along with a few duds sprinkled in-between. All of my non-fiction reading ended up being really great; my hope for next year is to read even more non-fiction than I did this year.

And of course I want to know: what was your favorite book of the year?

The Last Camellia by Sarah Jio***
A duel-narrative mystery that connects a present-day story with the past.

I finally read (or listened in this case) to Harry Potter and it became one of my favorite series. After certain friends raved about it and I read this article by Andrew Peterson I finally gave it a try and wrote my thoughts on it here.

Morning Glory by Sarah Jio**
An interesting book but not as good as some of Jio’s other titles.

Lost Lake by Sarah Addison Allen**
I’ve enjoyed all of Allen’s other whimsical southern novels but this one, more weird than whimsical, left me disappointed.

The Invention of Wings by Sue Monk Kidd***
One of my favorite novels of the year. I already reviewed it here. A fascinating historical fiction based on the true life of Sarah Grimké.

The Language of Flowers by Vanessa Diffenbough****
I found this novel riveting about a homeless girl and her connection with flowers one of my favorite reads of the year.

Goodnight June by Sarah Jio*
Jio’s more recent novels have been more disappointing than her earlier ones. This one was unsatisfying and unbelievable in many ways.

The Girl You Left Behind by JoJo Moyes*** (audiobook)
An exciting heartbreaking historical novel based during World War 1.

Cutting for Stone by Abraham Verghese (audiobook)***
The book had me in tears multiple times. A story of family, medicine, love, forgiveness, and brotherly connection, it is magnificently told, although I felt it did lose some traction in the middle. I would warn it’s not a novel for the faint of heart. From various procedures described in great medical detail to female circumcision, the novel doesn’t shy away from frank descriptions of operations both successful and disastrous.

We Were Liars by E. Lockhart ***
I wouldn’t say I liked We Were Liars, but appreciated it. The writing was excellent with metaphors that astonished and a story that had a great twist. That said, none of the characters were particularly enjoyable.

The Bird in the Tree by Elizabeth Goudge***
This story started off slow but I came to enjoy it. Goudge’s writing is always beautiful and now a bit old-fashioned in the attention to detail and descriptions–the type of writing I savor. The story centers on the matriarch of a family, Lucilla, who is thrown into turmoil when her favorite grandson falls in love with ex-daughter-in-law.

The Winter Sea by Susanna Kearsley**
This book was recommended to me by three different people who’s recommendations I usually enjoy. I just couldn’t get into this novel, however, and forced myself to finish it. It had a great concept, but just didn’t grip me, although I can’t pinpoint why.

When Others Shuddered: Eight Women Who Refused to Give Up by Janie Janosz***
I love biographies so this book of little-known women of Christian history was a hit with me. Full review was published on Ungrind.

Notes from a Blue Bike: The Art of Living Intentionally in a Chaotic World by Tsh Oxenreider***
I enjoyed Tsh’s reflections on attempting more intentional living in areas of work, education, travel, and entertainment. I particularly enjoyed her experiences in other cultures and how being exposed to these other ways of doing things have influenced their family’s choices.

Team Us: Marriage Together by Ashleigh Slater***
I started following Ashleigh Slater’s blog when I first began blogging and was so excited to discover she had the opportunity to write a book. I love her books’ theme, the idea of creating a marriage team. Check out my full review.

A Homemade Life: Stories and Recipes from My Kitchen Table by Molly Wizenberg***
A heart warming foody memoir with delicious recipes. I enjoyed Wizenberg’s writing very much.

Destiny of the Republic: A Tale of Madness, Medicine and the Murder of a President by Candice Millard ****
This book was my favorite non-fiction read of the year. Thank you Amy for recommending it so highly! It is my favorite kind of non-fiction combining history, science, and biography. The book covers the life and assassination of James A. Garfield, his assassin Charles Guiteau, his medical doctors who unintentionally hastened Garfield’s death, and Alexander Graham Bell who worked hard to create an induction balance to save Garfield’s life by trying to find the lodged bullet. A book that makes you wonder, “what if” Garfield had lived, what kind of presidency would he had have?

The Greatest Gift: Unwrapping the Full Love Story of Christmas by Ann Voskamp****
My second year reading this book for advent, I found it really centers me on the meaning of Christmas in a thought-provoking way.

So to wrap it up, my favorite non-fiction was Destiny of the Republic, while my favorite fictional reads were a tie between the following: the Harry Potter series, The Language of Flowers, and The Invention of Wings.

And don’t forget to share your own favorite titles of 2014!