I’m excited to introduce children’s book author Amy L. Sullivan to you today. Amy has recently written the second book in her series, Gutsy Girls: Strong Christian Women Who Impacted the World. Her first book was about Gladys Aylward and her most recent offering tells the story of Betsie and Corrie ten Boom.
I asked if Amy could share how she was most impacted by the Ten Boom sisters when she researched their story. What touched Amy’s heart the most might not be what you’d think.

And don’t miss a giveaway of Amy’s new book at the end of this post! 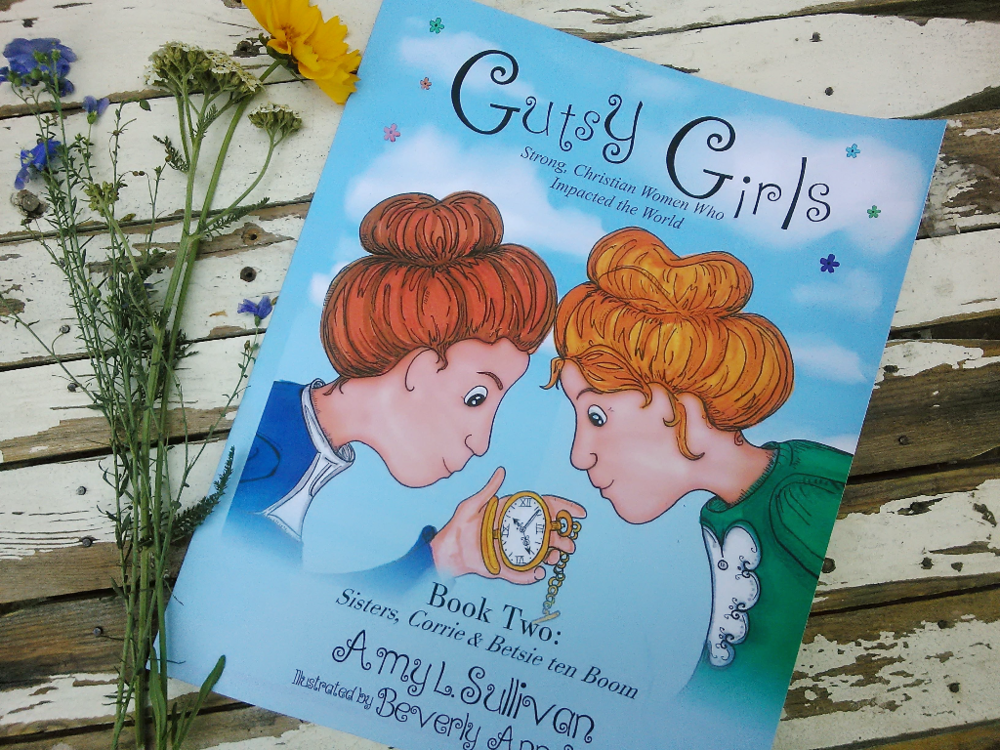 After all, these brave women worked closely with the Dutch Resistance during World War II and are credited for saving over 800 lives. Their unshakable faith is known throughout the world. Type in Corrie ten Boom on Amazon and you will receive twenty pages of results. Movies and even a recent play boast of the sisters’ steadfast love and unimaginable faith, and despite the fact that Corrie ten Boom has been dead for over thirty years, there is even a Facebook Group made-up of over 10,000 members dedicated solely to discussing Corrie’s books and life.

Would I take away lessons from the Ten Boom sisters’ lives? You know it!

However, I believed the lessons I would learn from the Ten Boom sisters would be about staring into the face of evil and remaining faithful. Corrie and Betsie were prisoners in Ravensbruck, a notorious concentration camp in Germany.

I also thought the Ten Boom sisters would teach me about loving my neighbor. The sisters provided ration cards, needed resources, and even a place in their home for people to hide from Nazi soldiers.

And yes, I learned about each of the above-mentioned topics, but there was more. What I didn’t expect to resonate with me long after the research was finished and the book was written was the idea that God can and will use us at any stage of life.

This statement sounds simple (of course, He can!), but each year as I add another candle to my birthday cake, I question, I waffle, I wonder.

Betsie and Corrie ten Boom were in their fifties when God prompted them (and their elderly father) to start hiding people behind a fake wall that He asked them to build in their house. Although the Ten Booms were well respected pillars in their community, having God choose them to act in such bold ways surprised even Corrie.

“How could we have guessed as we sat there—two middle–aged spinsters and an old man—that in place of memories we were about to be given adventures such as we had never dreamed of.” –Corrie ten Boom, The Hiding Place

I can tell you that forty-one-year-old me doesn’t always feel brave, and when the idea of engaging in bold acts for God comes to mind, I often wonder if God would even consider me. Wouldn’t He choose someone younger, wiser, and more courageous? Wouldn’t He desire someone seeped in experience and know-how?

Corrie and Betsie ten Boom’s story dispels this type of thinking. After all, who could have ever guessed  “two middle-aged spinsters and an old man” could band with others and take on one of the most feared armies of all time.

These heroic sisters showed me there is no formula to being brave for God. I don’t need to be all together or wise. I just need an obedient heart and the guts to say yes.

And we have a winner! Congratulations Becca! 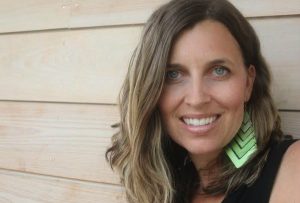 Amy L. Sullivan believes kids deserve books about real heroes. Her picture book series, Gutsy Girls: Strong Christian Women Who Impacted the World allows her to comb through history and steal wisdom from the great women who came before her.  Amy is also host of Gutsy Girls Read, an online book club for anyone interested in discovering and discussing books written for girls. Connect with Amy on Facebook, Instagram, or Twitter.