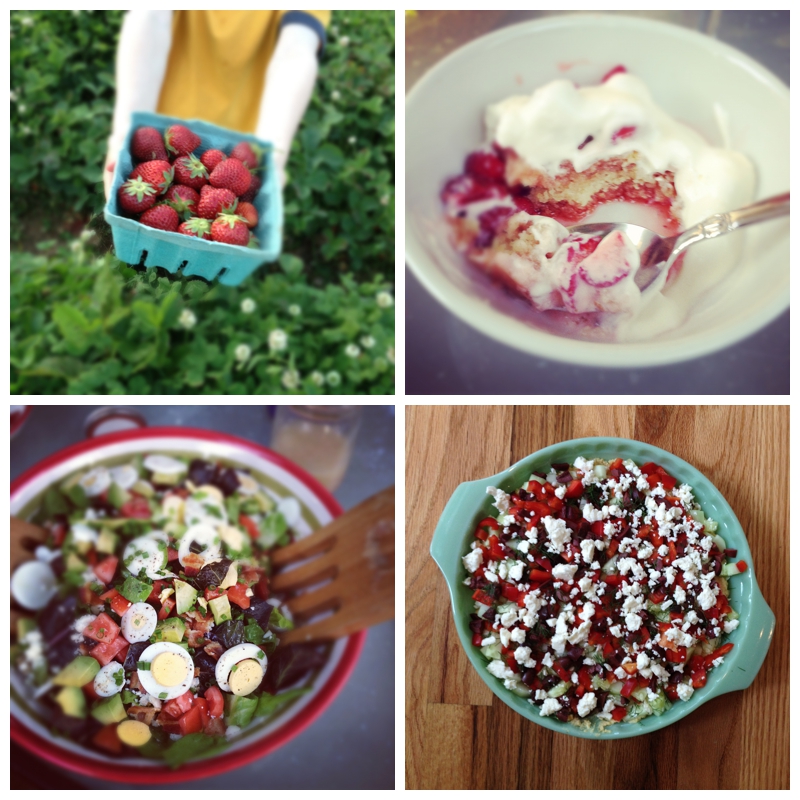 Back on May 1st I shared we were going to do a 31 Day Veggie Fest. I’d been in a food slump, and doing this challenge honestly made me enjoy my food again, as we tried many different dishes. I was so excited about the meals I picked to make in the month of May! We did cheat and eat about 3 meals with meat during that month, such as salmon on Mother’s Day and the typical hot dogs and hamburger cookout for Duncan and Owen’s birthday.

I wanted to share what I came away with after we purposed to eat so many vegetables, as well as to share some of my favorite recipes.

First, I discovered I crave vegetables and fresh food more than ever, and have less of an appetite for meat. I have to say this surprised me a bit. Although my appetite for meat had been lessening, I thought that I might really be craving a huge steak or something after the month was over. That was not so, however. Instead, I simply craved more vegetables! And actually, not only do I not crave much meat, it’s actually become a turn off. Not all meat, but particularly red meat and chicken. This may be seasonal for me as well. In the summer I usually do crave salad in general, although I would still fire up the grill for some ribs. I still love bacon (I know, right?) and seafood is always something I enjoy. But a hunk of chicken breast with two sides? No thank you. If we do eat meat, I find we prefer it has a garnish to a salad or a little bit in some stir fry. Perhaps that will change when the chill air of fall arrives and I crave a comforting stew, but for now, less is more.

Secondly, it would seem my stomach is much more sensitive than it was before. Seriously, I used to have an iron stomach! No gastronomical issues for me! Now while this may seem like a negative, I’m taking it as a positive. I’m thinking my stomach is reacting more strongly than is used to the negative foods I put into it. For instance, while Josh was on one of his business trips I craved Chinese food. I got the same takeout I always get from the same place I always get it. But I felt so terrible after eating it. Not sick, just yuck. Also, after eating at Outback I also had a bad experience due to the fish (I think) I was served. All that to say, fresh foods make my stomach happy these days.

I’ll also note that my husband loved all the meals too and the kids did fine as well. Sophia eats vegetables very well. The boys, not so much. But they don’t eat meat well either. They’d be happy eating fruit, carbs, and dairy just fine. Sometimes I’d add a little something extra to their meal, like applesauce.

So that’s what I discovered after doing our 31 Day Veggie Fest. It didn’t end up being hard at all and I enjoyed discovering new recipes. And here’s some of the winners:

Vegetarian Enchiladas from Cornrows and Meadows

Sweet Corn Pasta from The Creative Mama (I’d made this before, but it’s still a winner)

Bok Choy Stir Fry with Shrimp and Peanuts on Coconut Rice (I’ve also used this with Kale. I wish the pictures were prettier on this post, but seriously, this is fabulously delish! Never used Bok Choy until this spring using this recipe.)

Vegetarian Chili from Martha Stewart (I never thought I’d say I’d like vegetarian chili over a meat chili, but this was fabulous! Topped with creamy avocado, crispy tortilla chips, and cold sour cream, it was awesome!)

Pasta with Kale and Walnut Pesto from Real Simple

5 Layer Greek Dip (A huge hit when I took it to a gathering. Can also be used as a wrap (Hummus as spread, veggies in wrap). Pictured above, bottom right.

And, this isn’t a veggie recipe but I had to share the most tasty shortcake recipe I’ve ever had! It was a Rosemary Strawberry Shortcake Pizza. Oh wow! It was so good! I added some thyme too, along with rosemary. The flavor of herbs with honey drizzled strawberries was divine. And the pastry was flaky, not dry like some shortcakes. It’s pictured above, top right.

So there ya go! Enough recipes to inspire you for your next menu planning session! Enjoy!